Why Does Russia Want to Resume Military Dialogue in the Arctic? – Modern War Institute

This full story is found on MWI: Why Does Russia Want to Resume Military Dialogue in the Arctic? – Modern War Institute:

In May 2021, Russia’s took over the chairmanship of the Arctic Council. Ahead of the beginning of its two-year tenure, Russia’s leadership has emphasized the importance of military-security dialog in the region. It seems Moscow firmly wants to resume military dialogue among the Arctic states. Considering the deterioration of relations between Russia and the West after 2014—with no signs of warming—what are the maxims of Moscow’s military dialogue initiatives in the high north?

Several Russian officials have continuously stated Moscow’s will to maintain a cooperative agenda in the Arctic. Indeed, strengthening cooperation rather than militarization and confrontation supports Russia’s economic interests in the region. However, currently, security concerns regarding the Arctic prevail in Moscow. According to Russian Deputy Foreign Minister Sergei Ryabkov, while Moscow considers the Arctic an area for cooperation, it will respond if “one of the partners in the region questions Russia’s ability to defend its interests here.” However, he also notes that the Arctic Council is a platform for dialogue between military representatives of the member states, and expressed Russia’s willingness to “contribute to the resumption of this practice.” Moreover, Russian Foreign Minister Sergey Lavrov called for resuming military and political dialogue of Arctic states and has suggested holding talks at military experts’ level. According to him, annual meetings of the chiefs of the general staffs of the Arctic Council’s member states would become an effective mechanism of maintaining regional security. “Unfortunately, since 2014 these meetings have been suspended.” Lavrov commented. “For the purposes of resuming joint work we suggest as a first step to establish contact at the level of military experts of Arctic states.”

Russia’s representative at the Arctic Council, Nikolay Korchunov, also called for the chiefs of the general staffs’ annual meetings to be resumed. Russia is interested in preventing the degradation of the military-political situation in the Arctic, he said, and therefore, it supports the resumption of those meetings. Korchunov noted that it would be an effective measure to build confidence and security in the region.

Recently Lavrov described Moscow’s concerns regarding military cooperation between NATO and states in the Arctic region, noting that Russia observes with concern the attempts to consistently “draw Stockholm into interaction with the North Atlantic Alliance.” Sweden and Norway are increasingly participating in joint exercises with NATO, providing its territory for NATO maneuvers.  It should be noted that Russia assesses military threats in the Arctic as relatively low. According to Korchunov, there are currently no problems requiring a military solution in the region. Moscow is concerned, rather, that the United States and other Western powers plan to deprive Russia of the Northern Sea Route and economic resources of the Arctic.

Currently, there is no forum to discuss challenging security issues in the Arctic that includes Russia. Yet, the United States and Russia continue to intentionally articulate the importance of cooperation with the international community according to international treaties and agreements when exploiting the Arctic. Given that the Arctic may not only be a potential conflict zone, the common awareness of these consequences may deter both powers from a direct conflict. Moreover, such a predicament may push them to keep relations from cooling too much, or even develop closer relations in certain areas for their security and mutual benefit. There are already signs of a continuation of cooperation in certain issues. For instance, recently, Lavrov discussed climate change with US climate envoy John Kerry and they agreed to cooperate further within the Arctic Council, the Russian foreign ministry said. Furthermore, other regional states also stress the importance of military dialog between the Arctic states.

Indeed, resuming military dialogue would allow states in the region to discuss and determine acceptable military activities in the Arctic. Such a dialogue may also support trust building in the region and help to avoid accidental conflict situations. That may not only help to prevent clashes but could also mitigate misunderstandings or misinterpretations. Although the Arctic Council cannot deal with military security matters, Russia may try to organize some form of dialogue, if not between military leadership of regional states then perhaps between experts from those states, during its chairmanship. However, Russia’s foreign policy behaviors, such as official statements calling the European Union “unreliable partners” or demands for selective agendas acceptable for Moscow, may challenge either the resumption or establishment of military-security dialogue.

Continuing calls of Russian officials for the resumption of meetings of general staffs of the Arctic states or dialogue between military experts from those states could be explained by Moscow’s understanding of a need to maintain open communication channels with NATO member states in this increasingly militarized region. It seems Moscow wants to attend dialogues that focus on topics of concern for Russia but preferably not on issues that are of concern to the West. Western states have an equally extensive list of claims and grievances on Russia’s activities.

Ultimately, Moscow is most concerned about increasing military cooperation between Arctic states and NATO. In this respect, Moscow might want to regionalize security issues in the Arctic—especially in the territories close to Russia’s borders. By doing so, Russia might aim to deal with regional problems without military alliance such as NATO involvement.

Nurlan Aliyev holds a PhD in philosophy and security studies. His research area is primarily focused on Russia’s foreign and security policy, the Arctic, post-Soviet countries, strategic studies, and asymmetric warfare. He is a lecturer at the University of Economics and Human Sciences in Warsaw. His book project at the University of Warsaw is supported by the Visegrad Fund Scholarship for 2021–2022. Follow him on Twitter: @anurlan. 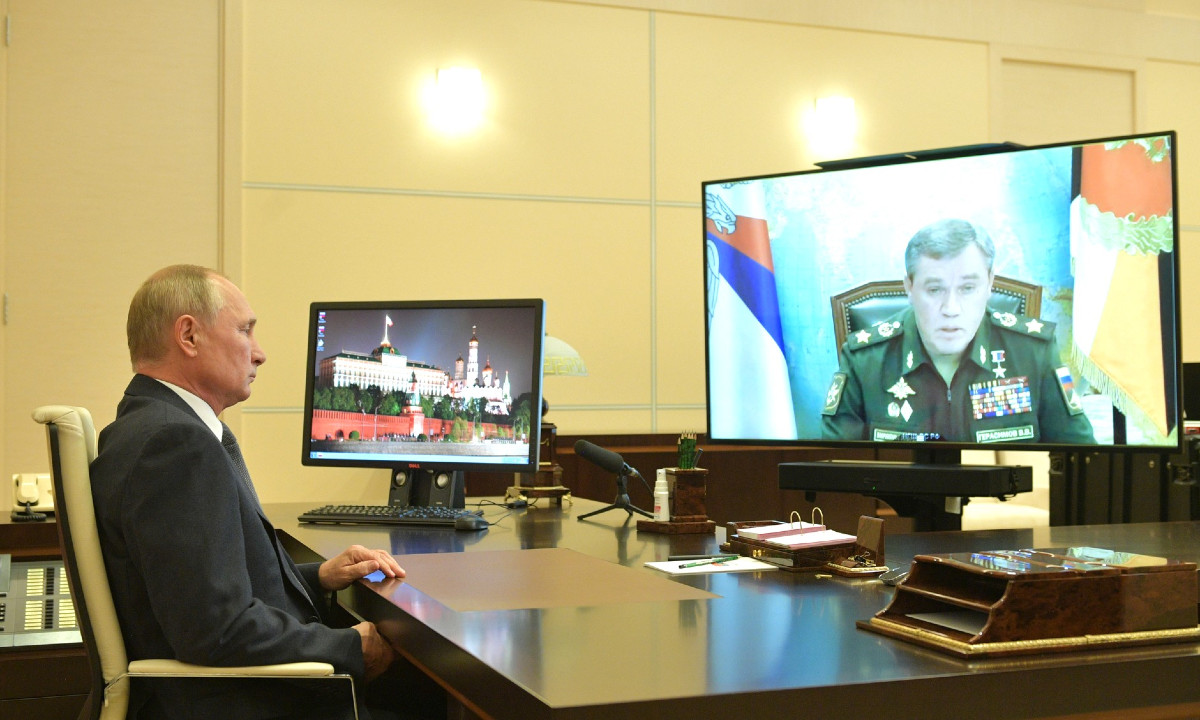