What We Owe Them: Fulfilling Our Obligation to Our Afghan Partners – Modern War Institute

This full story is found on MWI: What We Owe Them: Fulfilling Our Obligation to Our Afghan Partners – Modern War Institute:

“It’s just like 1975,” my mother said to me as we both watched the unraveling of Afghanistan through news reports. For my mother, the news of well-equipped military forces falling like domino pieces followed by an ensuing panic and rush to exit the country ahead of a menacing occupying force is all too familiar. In April 1975, after experiencing years of war from the beginning of her childhood, my mother (at the age of fourteen) and her family were hastily put on the run as the final offensive by Communist forces in Vietnam began to pick up speed. The Americans were not coming. The country was disintegrating. The goal became survival. My grandfather, an officer in the Army of the Republic of Vietnam (ARVN), would likely be captured and imprisoned in a reeducation camp if he stayed behind.

With little choice, my mother’s family raced south to Saigon. There they saw scenes that uncannily resemble those we have seen in Kabul in recent days. Chaos enveloped the city, with thousands of frightened and terrified people—both military personnel and civilians who had assisted US efforts in a wide range of ways—seeking any possible way to flee the country with their families before they faced reprisals for collaboration with the Americans. My mother’s family was lucky; they were able to climb aboard one of the few remaining ships of the South Vietnamese navy that were sailing out to sea for the final time. Combined with airlift efforts from the embassy under Operation Frequent Wind, over 130,000 Vietnamese refugees were evacuated before Communist tanks rolled into Saigon. Later, people like my mother were in-processed through four different military facilities in Arkansas, Pennsylvania, California, and Florida, and eventually resettled throughout the United States. My mother would later get a college degree and raise me and my two older sisters. She always told us that she wanted us to fully live the American dream and to take advantage of the opportunities she never got.

A little more than forty-one years later, my mother watches another of America’s long wars end with eerily similar results. In a matter of weeks, another nation in which America invested years upon years of its blood and money has completely dissolved. The Americans were gone. City after city fell. The country was no more. Now, thousands face potential persecution for collaboration with the Americans. Those people now look to the skies over Kabul hoping that the next plane that comes in will be able to get them out of the country before it is too late. Due to the efforts of many West Point graduates and government officials, several Afghan officers who are graduates of my alma mater have been evacuated. They are the lucky ones. Thousands of at-risk individuals, ranging from contractors and humanitarian aid workers to interpreters who worked for the US military, still remain in Kabul, hoping they will not be left to the mercy of the Taliban.

Those Afghan officers remind me of my grandfather as he tried to find a way for my mother and his family to survive in April 1975. If my grandfather had been captured, he and my mother’s family would have suffered immensely. I cannot imagine what the Taliban will do to the many soldiers America has trained and fought alongside, or the numerous civilians that have assisted our long war effort.

I cannot answer whether America’s war in Afghanistan was worth the cost, nor can I assign blame for the final fall of the Afghan republic. Those debates will endure for the foreseeable future. In this moment, however, we must unite and realize our moral obligation to those who have served and been at America’s side. In 1975, despite an apathetic American public, President Ford sought to ensure a speedy evacuation for as many at-risk persons as possible in the final days of the war, a decision that saved thousands. For my mother and grandfather, the early parts of their lives are defined by the devastation of America’s involvement in Vietnam, but so too are they defined by the moral obligation and sense of humanity shared by many US government officials who felt they had a duty to help those who had supported America’s efforts in the country and those who fought directly alongside American soldiers.

There is a saying in Vietnamese: “When eating a fruit, think of the person who planted the tree.” It’s essentially a message to remember gratitude for those who helped you in your journey. For twenty years, the people of Afghanistan endured and helped us in our fight to ensure a safer world for Americans and the world at large. We cannot abandon those whom we educated, trained, and fought with in our two-decade struggle. Nor should we abandon those who supported the fighters. No matter who is to blame for the rapid fall of Afghanistan, we should all agree that the thousands of lives that hang in the balance right now are worth the trouble not only because of our humanitarian instincts, but also our duty to those who have shared in our hardship. If we truly succeeded in meeting our national security objectives despite the final outcome of the war, as the president said in his address on Monday, then should not we give thanks in the form of safe refuge to those who have suffered or will suffer?

Of course, America has begun this process already. The Special Immigrant Visa (SIV) program is a start, but the program has a history of backlog and may only assist a paltry sum of those who are actually eligible. We must expand this program dramatically and increase the resources needed to ensure speedy processing. We must increase the number of third-country safe havens to continue processing of refugees and all who fear for their lives even after the last American troops have left the country. Consequently, we must substantially increase airlift capabilities in and out of Kabul, working with the private sector and nonprofit organizations like No One Left Behind to supplement military cargo lift. The Defense Department has allocated room for thirty thousand Afghan SIVs in similar fashion to the way my mother was in-processed into America in 1975. We should not let that be the upper limit of our compassion and moral obligation. Nor should we see our obligation as complete after the evacuation of only those in Kabul is finished. With the passage of the Refugee Act of 1980, the United States admitted at least sixty thousand refugees a year for several years (with some years totaling well over one hundred thousand) as people attempted to escape Communist Vietnam. Although times are certainly different now in other respects, we must at least aspire to fulfilling our deep moral obligation and high ideals.

The timing of the fall of Kabul and follow-on pleas for help from thousands of people could not have come at a more critical moment in the American experiment. As democracy and human rights come under attack around the world, we must not renege on our commitment to our ideals. We must show the ability of a free people to come together and show compassion. In his farewell address in 1989, President Reagan recounted the story of a refugee from Indochina being rescued by an American sailor. Upon meeting the American sailor, the refugee said, “Hello, American sailor. Hello, freedom man.” America was and should continue to be a symbol of freedom and prosperity. We can embody those ideals more resolutely through meaningful, concrete acts of kindness to our Afghan allies—just as in 1975, as my mother escaped potential persecution, she and many other Vietnamese Americans came to see America as the land of opportunity and freedom.

Although the fall of the Afghan republic will be lamentable for so many who hoped for a free and prosperous country, it can have a happy ending for some at least. Forty-one years ago, my mother and her family left Vietnam with few possessions. From the depths of despair, however, she worked and earned a college degree and later raised three children. My sisters and I have done as our mother has asked us to do, and strived to fulfill the American dream every day. I hope that Afghans who risked their lives to assist our efforts in their country, like those who are my fellow members of the Long Gray Line, will be resettled in America soon. Maybe those that do will raise children, telling them the same thing my mother has always told me and my sisters. 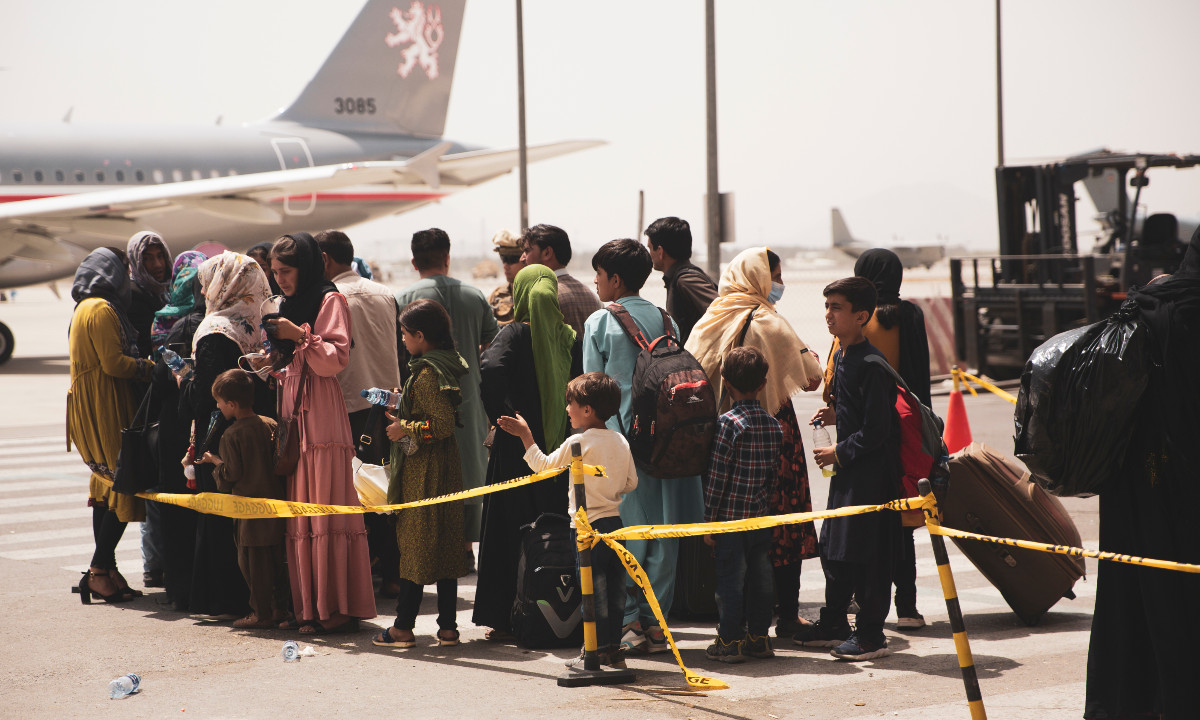