This full story is found on MWI: “Thank You For Your Service” is More than Enough – Modern War Institute:

Each Veterans Day sees a surge of commentary on everything from the meaning of the holiday to the growing civil-military disconnect to the challenges veterans face when entering the civilian work force. An unfortunately substantial portion of these articles, though, flirt dangerously with the thin line that separates meaningful examination from admonishment about the right way to treat vets.

They are not wrong, by any measure, to call on the government to better fulfill its promises to those who have served or to encourage vibrant private sector engagement to reduce veteran unemployment. These are very real and persistent challenges. But, they do sometimes present a lopsided impression of military service. Pointing out the challenges that remain is vital, but Veterans Day is also an opportunity to address why military service becomes such a defining experience for the veteran. And, while there is a space for articles that discuss how civilians should engage veterans, it is important to remember that there are equally important measures veterans can take to engage those who have not served.

It is borderline axiomatic that military service is a deeply formative, bonding experience based largely on a sense of shared sacrifice. That sacrifice is very real, but what does it mean? The idea that a service member’s life has been placed on hold during military service, for instance, is a fallacy (or, at a minimum, a platitude devoid of critical nuance). If “life,” with all its ups and downs, includes marriages and divorces, families growing, losing loved ones, buying homes, and experiencing career highs and lows, then nothing is put on hold. These things all occur while in service, and in the case of some of the most positive aspects, the stability of serving sometimes makes them more accessible.

And while, again, the element of sacrifice can be very real, there is a corollary of deeply meaningful and unique benefits derived from military service. Veterans do not inherently view their service as a burden, though the demands of the lifestyle are occasionally burdensome. The difficulties of long hours, family separations, and combat experiences are balanced by deep friendships, mentorship by dedicated and talented professionals, and the opportunity to live in different places and engage with other cultures. The experience can be exhausting, and often takes a physical toll, but it is personally and professionally enriching. Serving in combat only deepens the experience.

A particular type of bond is formed among groups of people with shared experiences. While not exclusive to veterans, it is certainly robust among those who have served, as demonstrated by the prevalence of organizations like the Veterans of Foreign Wars, the mass attendance of D-Day veterans at annual observances in France after more than seventy years, and an array of other empirical evidence. For anyone who has attended a military unit reunion, there is something incredible about the bond shared between men and women who have worn the same unit patch on their uniform, whether during World War II or in Afghanistan.

Being assigned to a certain unit or a particular base, deploying in the same area, attending the same military schools, or even just wearing a uniform and saluting the same flag—this is the stuff of shared experience. The resulting bonds among veterans will always be unique. But the flipside of the opportunity to experience this bond is that veterans must guard against it becoming a barrier to engaging and establishing relationships with people who have not served.

This leads to an important question that perhaps deserves more attention: How can veterans better engage the civilian community? First, we can demonstrate interest in the unique challenges people face in careers outside the military. Few vets would disagree with the notion that someone who has not deployed cannot fully understand the difficulties of war. Similarly, but on a broader level, veterans cannot always relate to the unique challenges faced by teachers, nurses, firefighters, doctors, or police officers, unless they have served in those roles. A lack of personal understanding does not preclude genuine appreciation, and that appreciation should go both ways.

Second, we can recognize that expressions of gratitude and questions about military service—even when awkwardly worded—are opportunities to tell the military story. Because such a small portion of the population serves or has close connections to the military, the realities of military life can be a foreign concept. While there will always be ways for people to improve how they ask questions, veterans can certainly take ownership and craft a meaningful response to something seemingly insensitive, like, “Have you ever killed anyone?”

This is not in any way intended to gloss over the very real challenges the nation’s veterans continue to confront. A broad community of government organizations, charities, nonprofits, and advocacy groups are working hard to address everything from unemployment and homelessness, to suicide rates, to transition assistance programs. The discourse on funding the Department of Defense to ensure readiness, and the attention given to shortcomings in the Department of Veterans Affairs indicate these are, rightly, matter of concerns for the nation. There is no better way to honor veterans than to keep readiness and resourcing among the top issues discussed by legislative bodies and the media.

Neither is this a call to discourage or devalue expressions of gratitude for veterans. There are millions of American veterans, with experiences in conflicts large and small in areas all across the globe, that are truly deserving of the thanks given to them. But the responsibility to bridge the gap between military and civilians falls equally on the veteran and the civilian.

On this Veterans Day, let a simple “Thank you for your service” be enough to start a conversation. 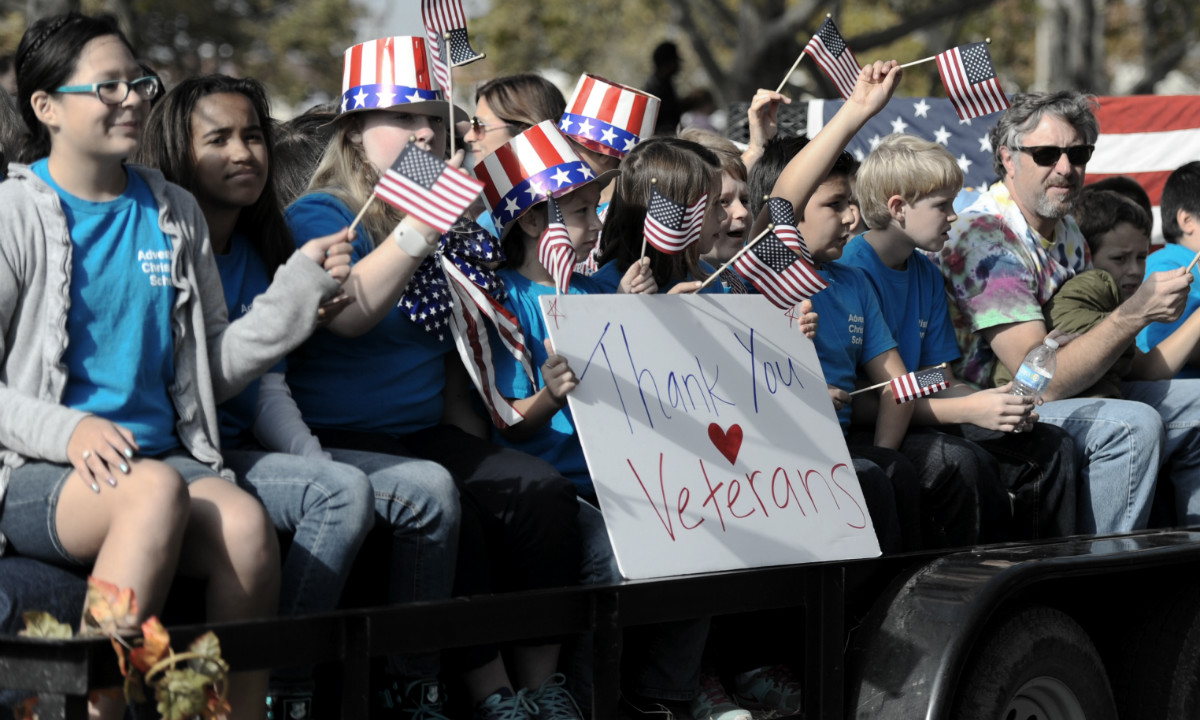