This full story is found on MWI: Story Telling and Strategy: How Narrative is Central to Gray Zone Warfare – Modern War Institute:

Gray zone warfare can take the form of something as uneventful as building infrastructure. Since 2015, China has built three new villages in an area it claims is in Tibet, but is actually in Bhutan. The Chinese government has also built roads, police outposts, and even military infrastructure in northern Bhutan. The People’s Republic of China (PRC) has claimed part of this territory since the 1980s, but has only recently started construction. China’s ultimate goal is to trade land stolen in northern Bhutan for a more strategically-located parcel that it wants to acquire along the northern border of India. The fact that part of the occupied area, Beyul Khenpajong, is one of the most sacred locations in Bhutan, only strengthens China’s gambit.

At first glance, the Bhutan episode seems to be a classic example of China illegally implementing facts on the ground to secure strategic gains. However, the development in Bhutan is also an example of how narrative plays a central role in gray zone warfare. Key to Beijing’s strategy in Bhutan is establishing a narrative that the territory is part of China—or at least that each side’s argument has merit. The stronger that narrative, the less likely international support for Bhutan will coalesce. Last year a local Chinese Communist Party official visited one of the villages to celebrate the settlement of the area—a mundane event. To the international community, this is not a vision of territorial seizure, but an obscure legal dispute that is best left to the two interested parties.

Narrative serves as both ends and means in gray zone warfare. Gray zone actions shape an overall narrative in support of strategic goals. At the same time, gray zone actions are reinforced by narrative and, if the narrative fails to gain traction, the actions have a lower chance of success. Gray zone warfare often relies on deniability, remaining below an adversary’s response threshold, and achieving a cumulative effect through seemingly minor actions. Successful narrative casts doubt on the adversary’s interpretation of events, emphasizes the everyday nature of gray zone activity, and ultimately becomes an accepted or contending explanation.

Gray zone activities are conducted in ambiguous ways so that the actor or intent are veiled, albeit thinly. For example, in 2014 when Russia annexed Crimea, it sent unidentified armed forces (i.e., little green men) to conduct the operation and denied that they were Russian soldiers. On the veiled intent side, during much of its island building in the South China Sea, the Chinese government claimed it was building bases for search and rescue and environmental research. By establishing a thin veneer of deniability, a revisionist state can impede the international community from establishing a shared narrative of malign activities. While the deniability is implausible to most observers, it gives some states, or elements within them, an excuse not to act. This raises the importance of combating an adversary’s narrative and not just its tactical actions. Without a shroud of deniability over tactical actions, strategic intent would be clearer (e.g., Russia is using its armed forces to annex part of Ukraine), giving the international community an opportunity or even a mandate to organize an effective response.

Gray zone activities are neither too hot nor too cold, falling short of conventional war but involving competition more intense than everyday international relations. Adversaries frame gray zone activities as normal behavior when in fact they are revisionist attempts to change the status quo. For example, in the South China Sea, China employs its maritime militia, with the backing of its muscular coast guard, to strong-arm the fishing fleets of neighboring countries to assert its widely disputed territorial claims. Chinese authorities portray these activities as mundane, but in fact, this narrative is a campaign to normalize China’s territorial ambitions. A central element of the campaign is framing bullying actions as simple enforcement of a well-established border. This is in contrast to the truth, which is that Beijing is using force to push other claimants out of their own territory.

Gray zone activities are conducted at a level of intensity or scope that is unlikely to trigger a conventional military response. Narrative helps establish the perception that actions are so limited in scale as to make a conventional response seem unreasonable. For example, Chinese forces have enlarged a number of features in the South China Sea on which they have built significant military facilities to include ten-thousand-foot runways, high-frequency radars, and buried bunkers. Taken after the fact, the actions are a clear threat to other regional actors, who might have considered an armed response: China built military bases on islands in dispute. However, during the course of construction, the limited scope of the work, staged development, and Chinese denials would have made a conventional response seem disproportionate.

Individual gray zone actions have small impact, but collectively they can have strategic effects. For example, China has been flying its military aircraft into Taiwan’s aircraft identification zone in what appears to be a bid to exhaust the much smaller Taiwanese military’s readiness and reinforce PRC claims that Taiwanese independence is disputable. Each time these aircraft approach the island, Taiwan scrambles its jets. From mid-September to mid-December 2020, Chinese military aircraft flew more than one hundred such missions. In April 2021, Chinese sorties reached an all-time monthly high. These activities are meant to signal to the United States that Taiwan has no legitimate—or realistic – claim to independence. Indeed, many of the largest sorties have come after US-Taiwanese senior leader engagements or statements on Taiwan by senior US leaders.

The centrality of narrative in gray zone warfare points to how the US government can confront adversary efforts. At the national level, the United States should focus its efforts at undermining implausible deniability, illuminating the true nature of Goldilocks competition, and illustrating the potential strategic impact of cumulative adversary actions. If the United States can provide clear evidence before too many facts on the ground have accumulated, there might be an opportunity to coalesce the international community behind a response. However, counter-messaging is inherently challenging, so the centrality of narrative also points to the need for the US government to establish and advance its own narrative. This positive narrative, centered on upholding the rule of law and an international system that has resulted in decades of shared prosperity, serves its own purpose in strategic competition. It also provides a stark contrast to the malign activities embraced by revisionist states. Illuminating differences between the two narratives also provides less wiggle room for partners and allies that want to avoid tough decisions regarding China and Russia.

Moving down to the military level, there are a number of implications that DoD leaders should consider when planning military activities. First, the military can support the overall US government effort to undermine the implausible deniability of adversary gray zone activity. A picture (or video) is worth a thousand words and can help drive international opinion more effectively than press releases alone. The military is well-positioned to collect evidence of adversary actions—and it can share it with partner nations and news agencies. The military is already spending some resources in this space. For example, DoD has flown reporters on military reconnaissance aircraft to highlight the military nature of Chinese island building in the South China Sea. Given the strategic nature of adversary gray zone campaigns, DoD leaders should further prioritize these efforts.

Second, the US military spends a lot of time forward, engaging with partners and allies, and signaling adversaries. Activities include theater security cooperation, exercises, freedom-of-navigation activities, and key-leader engagements. When selecting which of these activities to fund, plans should be viewed through lens of reinforcing the US narrative—upholding the rule of law, countering illegal activity, supporting partners and allies—and degrading adversary narratives. A key part of this effort is to work with partners that reinforce the positive US narrative centered on rule of law, so increased vigilance surrounding compliance with Leahy Law standards is needed.

Third, any action that undermines US narratives must be seen as a risk. When a proposed operation undermines a US narrative, such as upholding the rule of law, military leaders must see that action as a risk to a strategic-level goal. In some cases, such as the bin Laden raid, such risk is merited. In other cases, such as drone strikes against low-level fighters in places like Somalia, Yemen, and Afghanistan, it may not be.

Revisionist states use narrative as both ends and means in gray zone competition. It is not enough to prepare operational contingencies to address gray zone activities; the battlefield starts and ends at the narrative level. Modern Russian and Chinese strategy increasingly gives primacy to information warfare, while the US government has been slow to adapt. These competitors have employed gray zone warfare to great effect in places like the South China Sea, the Sea of Azov, and now Bhutan. To reverse this trend, the United States should seek to undermine competitor deniability, working closely with partners to reinforce messaging, and thoroughly understanding narrative vulnerabilities and risks.

Dr. David Knoll is a senior research scientist at CNA, a nonprofit research and analysis organization located in Arlington, Virginia. His work focuses on irregular warfare and competition. He tweets @DLKnoll. 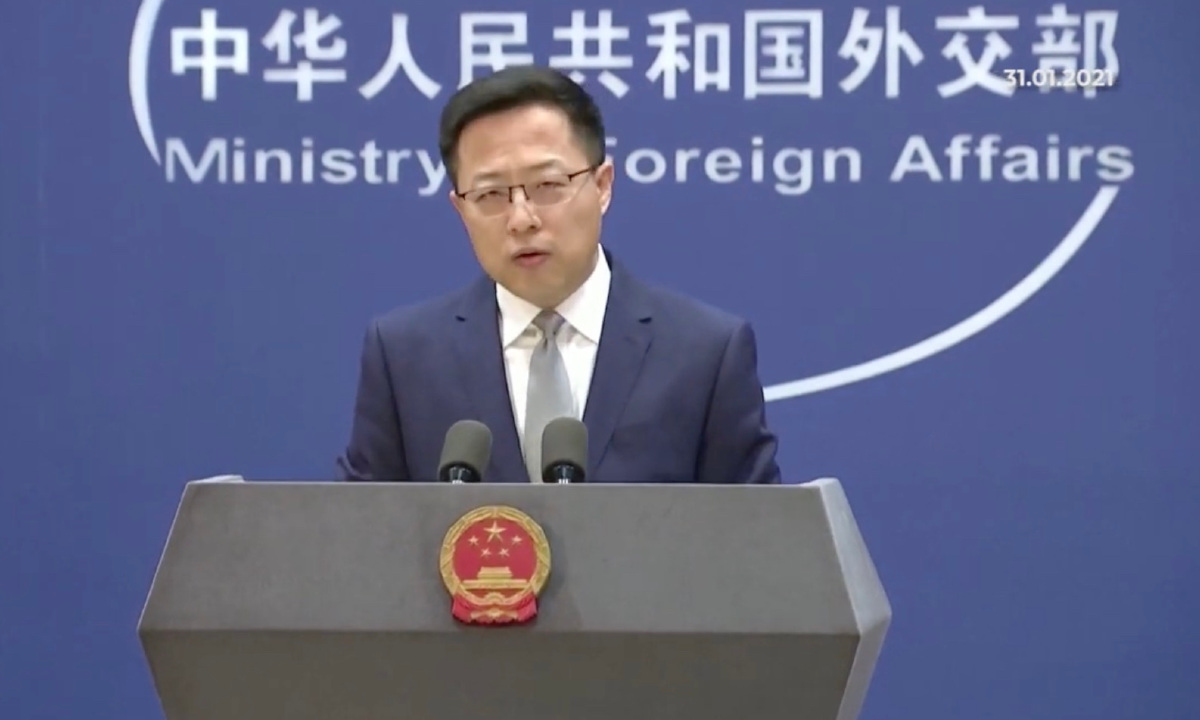