Extreme Takeover, Russian Edition: How to Salami Slice Off Your Own Little Piece of Europe – Modern War Institute

This full story is found on MWI: Extreme Takeover, Russian Edition: How to Salami Slice Off Your Own Little Piece of Europe – Modern War Institute:

Real estate’s expensive these days. It doesn’t matter where you are. But if you happen to be in one of the thirty-eight countries of the Organization for Economic Cooperation and Development, home prices surged nearly 7 percent from 2019 to 2020. It was the fastest year-over-year growth in the past two decades.

So why pay these prices when you can steal the land instead? Just bypass all the bankers and their credit-default swaps and bad mortgages and take with your tanks what you can while you can. And while you’re at it, don’t just stop at one old house or a single charming neighborhood or even a city. Dream bigger than Zillow—break off your own little piece of another country.

It turns out Russian President Vladimir Putin has provided enterprising up-and-comers with a road map to doing just that. In 2014 and 2015, Putin’s Russia snapped up some beachfront property in Ukraine’s Crimean Peninsula, as well as Ukraine’s resource-rich Donbas region. Not bad for a few months’ work.

Here are ten tips for executing such a takeover, ripped right from the Russian playbook that nabbed 7 percent of sovereign Ukrainian territory. Tongue in cheek? Sure. But useful in understanding how a piece of European territory was seized by a foreign aggressor for the first time since World War II? Absolutely.

1. Make friends with some enemies (sabotage). Whenever possible, wherever possible, find a few disgruntled government employees with access, authority, and flexible loyalty. There’s always someone ready to join the winning team. They’ll be the newest kind of patriot.

When you’ve turned a handful of ex-enemies into fast (and well-compensated) friends, ask them to leave a few backdoors open, share some insider information, and do some stalling and backsliding that looks like standard government gridlock but also leaves the current government entirely naked to some serious threats.

2. Location, location, location (geography). Pick a spot that you can quickly isolate, you have border access to, and has just enough potential supporters you can lean on for a local welcoming committee. Look for that perfect point between value and price. Make sure the juice is worth the squeeze, the blood’s worth the treasure. Peninsulas in particular are “easy to seal” off, according to RAND.

3. Do ‘em dirty (corruption). Weaponized corruption is a strong tool nowadays, with so many ways to make it hard for a government to respond in a crisis. Make ‘em sweat at every shadow, so they can’t even look around a room without wondering who the mole is. Aim to get inside the target’s security services, but don’t stop there. Find ways to use their own resources to pay your bills.

4. Find a door or make one (access). If possible, and this one’s tough, have some way in ahead of time. Extra points if you can have military infrastructure in place, like, say, a naval base or a long land border. Logistics are such a headache, and if you can avoid that problem, that’s half the battle.

5. Be ambiguous enough (deniability). Be quick and ambiguous enough. It doesn’t have to be perfect, because everyone’s on camera these days, so they’re going to figure out who you are. You just want to have a time cushion to seize your objective before the cavalry comes.

Intermission: Now you’re in! Congratulations! Everyone’s going to know it’s you, and unfortunately they won’t throw you a party, so now you’ve got to preserve your new possessions. It’s time to pivot from getting what’s yours to holding what’s yours.

6. Aggressors love a vacuum (create a power vacuum). Turn everything off. Like, everything. The sooner you can cut off and shut off the Old Boss—government services and functions—the sooner you can tell everyone to Meet the New Boss. Make it a choice: go back to the anarchy and chaos left by the old rulers, or join up with the conquering heroes that’re full of vigor and strength. Make a power vacuum and then Hoover up everything that’s there.

7. Information is division (divide and conquer). Split your adversary every which way you can. Cut off as many fingers as possible until no one can form a fist in response. Use every edge and every wedge: language, religion, history, anything you can to fractionalize the target.

8. Mind the thresholds (avoid meaningful intervention). Don’t escalate or cross tripwires that might trigger an intervention. As a wise man (maybe) once said, “Don’t try to fix a favorable power imbalance that ain’t broken.” There can be plenty of pearl clutching, loads of hemming and hawing, but as long as the “international community” doesn’t send the big bullets inbound, you’re good. Keep it that way.

9. The best weapons don’t go boom (nonlethal, first and most). Sure, there may be fighting, there may even be some old-timey trenches, but lead with the nonlethal stuff. You don’t want all the muss and fuss and sound and fury that comes with too much killing. Maintain a light touch—if “baby steps” was good enough for Bill Murray in What About Bob?, it’s good enough to get you your next beachfront property.

That’s it. Follow these instructions closely, and Putin won’t be the only one celebrating the triumphant return of the age-old tradition of taking what you want—international organizations, agreements, and norms be damned. But burn after reading. In the wrong hands, these tips could help prepare homeland defenders to thwart your covetous designs. 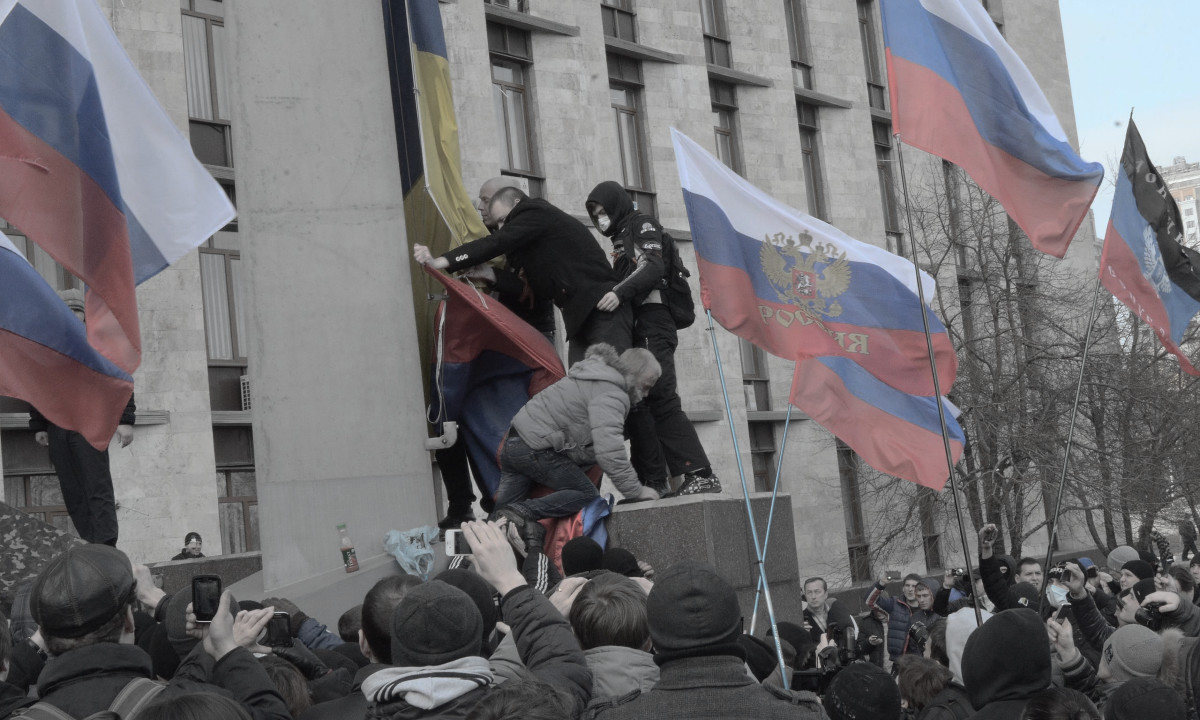