Covert Operations Fail More Often than Not, so Why Do Leaders Order Them? – Modern War Institute

This full story is found on MWI: Covert Operations Fail More Often than Not, so Why Do Leaders Order Them? – Modern War Institute:

Michael Poznansky, In the Shadow of International Law: Secrecy and Regime Change in the Postwar World (Oxford University Press, 2020)

During the Cold War, the United States undertook an extraordinary number of attempts to overthrow foreign governments. These interventions were mostly conducted in secret, and the majority failed to achieve their aims. One recent tally identified sixty-four covert operations and six overt ones between 1947 and 1989, with less than 40 percent of the covert operations installing a new regime in power. Some of these failures are quite well known. The Bay of Pigs intervention in Cuba, for example, not only failed to remove Fidel Castro from power, but also brought Cuba closer to the Soviet Union and helped precipitate the Cuban Missile Crisis. Even those operations that appeared successful at the time often had negative repercussions in the longer term. This was the case in Iran, where the United States helped oust Prime Minister Mohammad Mossadegh from power in 1953—but in doing so, also fueled anti-American sentiment and contributed to the 1979 revolution.

Why would the United States continue to pursue a strategy with such a poor track record? The central contention of Michael Poznansky’s fascinating and well-researched new book, In the Shadow of International Law: Secrecy and Regime Change in the Postwar World, is that the explanation lies in international law. In 1945, the principle of nonintervention, which holds that states should not violate the sovereignty of others, came to enjoy the status of international law through incorporation into the charter of the United Nations and subsequent adoption in the charters of the Organization of American States and other regional organizations. Once it did so, overt efforts to oust foreign rulers from power became costlier. States that abrogate their formal commitments undermine their credibility and open themselves up to accusations of hypocrisy.

Drawing upon the rich trove of archival information now available on US regime change efforts in Latin America during the Cold War, the book argues that the United States used covert action to carry out regime change operations when legal exemptions that would permit them to intervene overtly were unavailable. The book compares overt operations in the Dominican Republic and Grenada, where US officials used the presence of American nationals and backing from international organizations such as the Organization of American States (OAS) as legal justifications, with the choice to intervene covertly in Cuba and Chile, where no such legal loopholes could be found.

Through a careful analysis of archival materials and interviews with retired senior government officials, the book documents that US policymakers took seriously the potential for open violations of international law to damage American credibility. Take the deliberations within the Eisenhower and Kennedy administrations about efforts to topple Castro’s government between 1960 and 1961. Eisenhower is quoted as complaining, “Except for the existence of the OAS and its abhorrence of intervention, we would have to be thinking already of building up our force at Guantanamo” to remove Castro overtly. The same concerns crop up for Kennedy and his advisors. In a memo from Assistant Secretary of State Thomas Mann to his boss, Secretary of State Dean Rusk, Mann outlines the risks of an overt intervention, specifically emphasizing the risks to the United States’ reputation. Mann warned, “At best, our moral posture throughout the hemisphere would be impaired. At worst, the effect on our position of hemispheric leadership would be catastrophic.”

Interestingly, in these cases and others that the book dissects, policymakers did not appear to particularly care whether they could plausibly deny their involvement in covert actions. The Kennedy administration went ahead with the Bay of Pigs invasion even though news reporting brought plans to light in advance. As Richard Bissell, the chief architect of the operation later explained, even if the operation was not plausibly deniable, “up to and through the invasion itself the operation remained to an extraordinary degree technically deniable.”

If the central benefit of covert operations is that they allow states to preserve credibility and avoid accusations of hypocrisy, the downside is that they rarely achieve this result in full. Poznansky spells out a number of reasons why this is likely to be the case. Because the secrecy inherent in covert operations may protect interveners from some of the fallout for botched operations, for instance, they may be willing to undertake action in a riskier set of circumstances. The need to plan in secret also means that operations get less vetting in advance. Finally, covert action requires states to delegate to local actors with their own agendas.

In analyzing the costs and benefits of covert action, Poznansky effectively pushes back against the argument that covert actions are inherently less costly than overt ones. While it may seem obvious that fewer resources are required to covertly back coups or arm rebels than to send in American troops, Poznansky argues that many of the actions the United States takes covertly could be taken overtly as well. Overt action need not mean a full-scale invasion.

Yet this contention is somewhat undercut by the book’s choice of case studies. Both of the overt actions examined in the book were, in fact, large-scale military operations—Operation Power Pack, in the Dominican Republic, involved the deployment of twenty-one thousand troops, while Operation Urgent Fury, in Grenada, involved eight thousand. This method of case selection means it is difficult to rule out the possibility that the decision to use overt action was driven by perceptions that the stakes in these cases were larger.

A fuller accounting of the decision to use overt versus covert action would also consider the potential downsides of overt actions short of invasion. For example, open acknowledgment of US backing could undermine the legitimacy of local actors, and thus the likelihood that their efforts succeed. There is also the risk that more indirect overt action could escalate conflicts in a way that covert actions may not. The book does take care to address as a potential alternative argument the desire to avoid escalation, which has been highlighted in other recent scholarship on covert action. Indeed, Poznanky notes that he selected cases in Latin America in part to reduce the relevance of escalation as a potential explanation for covert action, since the risk of escalation should be lowest in a state’s own sphere of influence. The book finds scant evidence that leaders in the examined cases were concerned about retaliation from rivals leading to escalatory spirals. But another possible consideration, unaddressed in the book, is domestic pressure for escalation. It certainly seems plausible that where operations are conducted in public, leaders may face more pressure from their own constituents not to back down—particularly where the resources expended are large or lives have been lost.

Overall, however, the book’s central argument—that US policymakers took seriously the potential reputational costs of violating international prohibitions on intervention in deciding how to pursue regime change in Latin America—is well supported by the archival evidence Poznansky marshals. The desire to maintain an appearance of legitimate behavior did not prevent American leaders from attempting regime change operations during the Cold War. What it did appear to do was push them to act in secret, even when their preference would have been not to. As Poznansky concludes, “The liberal international order was constraining, but imperfectly so.” His argument has implications for our own troubled era. To the extent that democratic backsliding, rising great power conflict, or other contemporary challenges serve to chip away at the rules-based system the United States helped put in place in the mid-twentieth century, we may expect to see overt attempts at regime change become less costly again—and, as a result, more common.

Erica De Bruin is an associate professor of government at Hamilton College, where her research focuses on civil-military relations, civil war, and policing, and is the author of How to Prevent Coups d’état: Counterbalancing and Regime Survival (Cornell University Press, 2020). 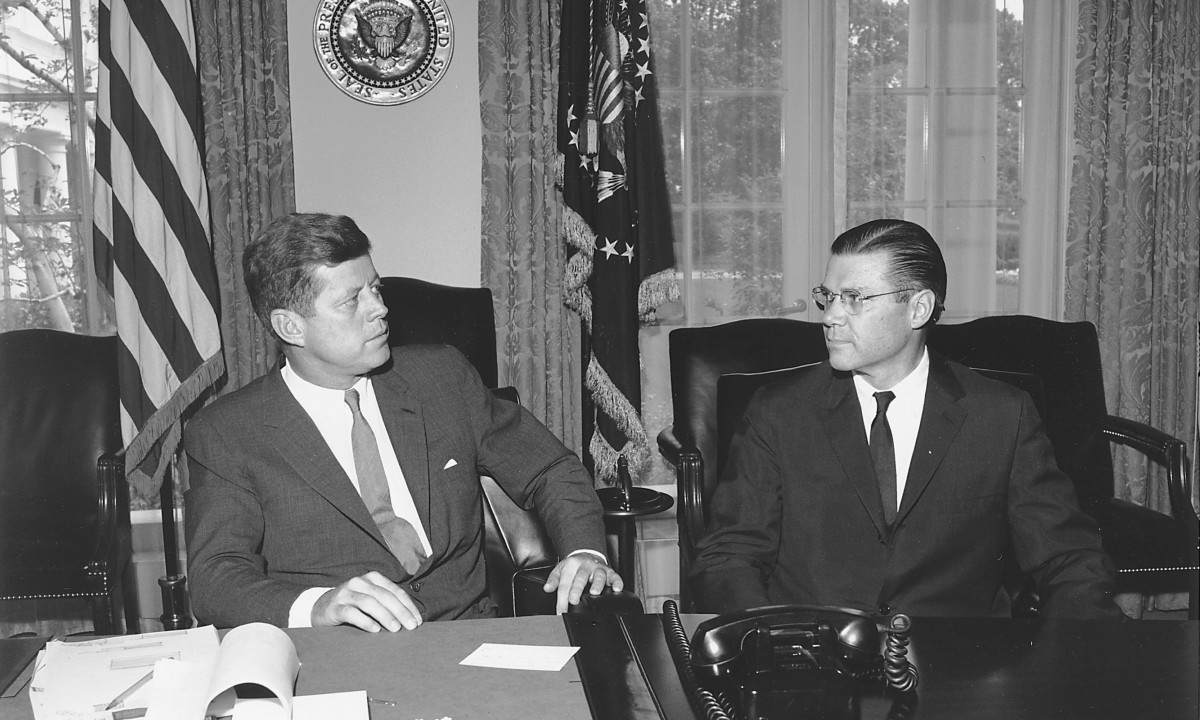