In 2007 Canada’s then prime minister Stephen Harper stated, “Canada’s new government understands that the first principle of Arctic sovereignty is: Use it or lose it.” The Conservative government of the time saw Canadian sovereignty of its Arctic north increasingly under pressure from other Arctic powers—including the United States and Russia in the short term and China in the longer term—forcing the Harper government to announce an Arctic warfare training center and a refurbished deepwater naval port. Great power competition in the Canadian Arctic—and fears of a great power seizing or shutting down the Northwest Passage (NWP) to deny it to others—had taken on a new level of concern. What is to become of the NWP in the future?

Canadians pride themselves on their majestic and largely untapped Arctic. As climate change advances, the NWP and surrounding area will be almost entirely open to mariners between 2040 and 2050 for easy access to mineral and natural resources and to shipping for trade between Asia and Europe. Canada uses the part of the Northwest Passage as a sea supply route to its Northern settlements and industrial sites in the Canadian Arctic Archipelago. As an alternate shipping route to the Panama Canal, the NWP shaves more than four thousand miles off a trip from the East Coast to the West Coast of North America and cuts 2,500 miles off the shipping routes between Asia and Europe. Despite its shorter transit, the NWP is seldom used. The Canadian government has claimed sole sovereignty over the sea route since 1946, though the United States and European Union contest these claims, viewing the NWP as international waters.

At this point, this is a diplomatic debate between allies. But much like China’s claim over the South China Sea, Canada’s claims to its Arctic Archipelago and to the NWP is based on a vulnerable logic.

Canada and Denmark have conflicting claims to the barren, uninhabited Hans Island on the eastern approach to the region. Every time one country lands on the island to assert sovereignty, they leave the other a bottle of liquor and a sovereignty message in the so-called “Whiskey War.” But as the NWP is projected to open up in the next several decades, and the United States and European Union do not wholly recognize Canadian sovereignty over the route, Russia and China may follow suit and want free unfettered access to the region.

Canada has a signals intelligence listening post at Alert, an Arctic Training Center, and a command center at Resolute Bay; outside of that, it has precious little else to guard Ottawa’s interests in the Arctic. In terms of capabilities for defense of the region Canada has an aging CF-18 fighter fleet, Victoria-class patrol submarines that can linger on the edge of the ice cap, a force of Canadian Rangers in the reserve component of the Canadian Armed Forces, and the new Arctic and offshore patrol ships. Even after the Cold War, the North Warning System does not have full coverage of the Canadian Arctic Archipelago and Ottawa continues to drag its feet on the warning system’s much needed upgrade and renewal. Canada conducts one major joint Arctic military exercise per year in the region called Operation Nanook. The deepwater naval port promised in 2007, with its refurbished dock, fuel storage, and airstrip at Nanisivik on Strathcona Sound near Arctic Bay, will not be completed until 2022. In real terms, without United States and NATO military intervention, there is little to defend Canada’s Arctic sovereignty except the harsh weather conditions themselves.

Canada is no stranger to the Russia military threat. The United States and Canada routinely intercept Russian nuclear-capable strategic bombers in the far north, monitor Russian submarine activity, and deter Moscow’s nuclear missile forces from attacking over the North Pole. Russia’s Arctic resurgence has caught Canada’s attention. Canada does not have the range of Arctic icebreakers, nuclear powered or otherwise, that Russia has in its inventory of some forty ships. The strategic concern for Canada, then, is that Russia could shut down the NWP before it opens and for little more reason than denying it to the United States or China as an area for strategic operations or to channel Asia-to-Europe trade to its own ports.

It is not just Russia, an Arctic state, that could potentially threaten the NWP. China is also dearly interested in the region and the riches that it can provide, as well as the prospect of a sheltered area where its nuclear-powered ballistic missile submarines might hide in the Arctic during possible tensions with either the United States or Russia. Chinese state media have reportedly called the NWP a “golden waterway” for future trade, almost 60 percent of China’s exports are by water, and China considers itself a “Near-Arctic State.” China is keenly interested in getting a foothold in the Arctic region and Canada’s vast Arctic would seem a potential host. Interestingly to Canada and the United States, in 2017 China sent a research icebreaker, the MV Xue Long, through the Northwest Passage, and other Chinese vessels have since visited the Arctic region. While Beijing does not openly admit it, such ships are likely equipped with intelligence-gathering capabilities. Last year, it was announced that a Chinese state-owned mining company, Shandong Gold Mining, had bought a 50 percent share of the Nunavut TMAC Resources Hope Bay gold mining project before the purchase was blocked by the Canadian government on national security grounds. The mine was in Hope Bay on the NWP and only about sixty miles away from a North American Aerospace Defense Command warning station at Cambridge Bay. Recently, China’s People’s Liberation Army was refused participation in winter warfare training at a Canadian Army base at Petawawa, Ontario, which had been planned based on a bilateral defense agreement from 2013 allowing for joint training. To Denmark’s concern, Beijing has expressed an interest in Greenland on the far eastern side of the NWP, including proposals to establish a research station and a satellite ground station, upgrade airports, and expand mining. Like other regions of the world of strategic interest to the Chinese Communist Party, Canada’s Arctic region and the NWP are vulnerable to Chinese activities—both military and commercial—undertaken to further Beijing’s interests by giving it a foothold in the high north.

Canadian sovereignty in the Arctic and its control of the Northwest Passage remain an open-ended question in the face of great power competition, with an increasing threat coming from an aggressive China and a revanchist Russian. The government of Prime Minister Justin Trudeau has largely turned a blind eye to Beijing’s aggressive activities in the whole of Canada. The United States, and the NATO alliance it leads, must remain vigilant as Canada’s good intentions and inaction are not a deterrent to Russian and Chinese intentions and actions in the Canadian far north.

Joe Varner is a consultant on defense diplomacy, strategic intelligence, and military operations. He is an adjunct scholar at the Modern War Institute and author of “Canada’s Asia-Pacific Security Dilemma.” He served as Director of Policy to the Minister of National Defence and Minister of Justice and Attorney General of Canada the Hon. G. Peter McKay from 2008 to 2014. 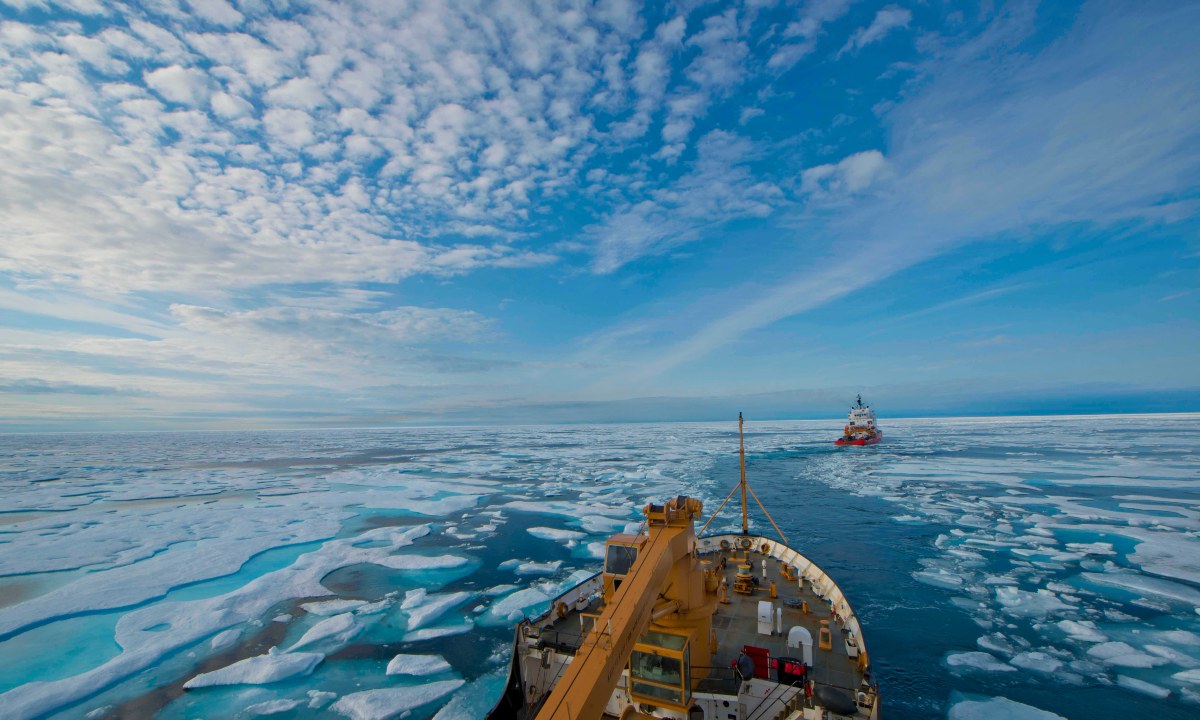