This full story is found on MWI: A Status Check on the Army’s Preparation for the Next War – Modern War Institute:

There is an aphorism that generals always fight the last war, and armies consequently spend the time between conflicts training how to fight better under conditions they most recently experienced. The implication is that military forces often fail to focus on the enemy they should be preparing for—the ones they are most likely to fight in the future. As the US military’s role in the war in Afghanistan comes to an end, there are concerns that the Army will continue to focus on counterinsurgency operations against insurgent forces, rather than cognitively disconnecting to fully focus on preparing for a future war against a potential peer adversary. The Army is in a critical period of transition as we approach the end of US military involvement in Afghanistan. Make no mistake, US Army leadership is making concerted efforts to refocus priorities to better posture junior soldiers and leaders to transition from counterinsurgency operations to large-scale, conventional war preparedness in Eastern Europe or the Pacific region.

Agent of Change: The Maneuver Center of Excellence

Discussion surrounding the need for the Army to reimagine and reconfigure itself began as early as 2011, when then president Barack Obama announced a pivot to Asia, which recognized China as a peer competitor and national security priority. The 2017 National Security Strategy and 2018 National Defense Strategy indicated a commitment to begin shifting priorities away from the irregular warfare being fought in Afghanistan and Iraq and toward preparations for a large-scale conventional fight. These documents clearly recognized China and Russia as primary national security threats, which the US military must be prepared to compete with, deter, and—if necessary—defeat on the battlefield. Army leaders across the force have made it very clear what the Army is preparing for.

A military force prepared for a peer competitor is radically different than a force designed to conduct counterinsurgency operations. From the ways leaders and soldiers are trained and educated to how units are designed and the equipment and capabilities they wield, the Army is undergoing a broad transformation—a major departure from the two decades of small, incremental changes that were necessary as it fought two major irregular conflicts at once. A testament to the breadth of these transitions can be seen at the US Army’s Maneuver Center of Excellence (MCoE) located at Fort Benning, Georgia. At the installation known as the home of the infantry and armor, the MCoE is executing a vision of building smarter, faster, and more lethal combat soldiers, leaders, and formations. Major changes like extending one-station unit training to twenty-two weeks for most combat military occupational specialties in order to build physical prowess, mental aptitude, and tactical and marksmanship proficiencies have been occurring over the past few years to prepare a future force ready for the next fight.

The MCoE has also updated the strategy and content of professional military education courses, like the Maneuver Captain’s Career Course, which now trains leaders using scenarios based on Chinese- and Russian-style tactics and capabilities in decisive action training environments, as opposed to scenarios containing hybrid, terrorist, or insurgent threats using Cold War–era equipment. Soldiers are also training with the most advanced military equipment, participating in more tactical exercises, and firing more live rounds than ever before. As a result, the skills, proficiencies, and lethality of infantry and armor soldiers arriving at their first duty stations are greater than ever. These are the foundational changes the future force will be built on: highly fit, proficient, intelligent, and agile soldiers and leaders prepared to operate in any environment, against any adversary.

Colocated and teamed with the Army Futures Command’s Maneuver Capabilities Development and Integration Directorate, the MCoE is modernizing the Army’s ground maneuver forces and formations. As the Army is aggressively pursuing the Next Generation Combat Vehicle and Next Generation Squad Weapons, and experimenting with the world’s most advanced robotics, sensors, and other technologies, MCoE organizations are tracking their development, putting them in the hands of soldiers for testing, and providing feedback to make them ready for fielding to the operational force. These technologies are designed to increase the speed, lethality, and all-domain superiority of Army formations. A critical element of Army efforts is focusing on tasks only the Army can perform in combat. While all services are experiencing similar transitions and developing technologies at a fervent pace, Army leaders know that dominating ground combat and influencing populations are areas specifically relevant to the Army, and vital to succeeding in future conflicts.

Building on the Foundation

Despite the Army’s strategic, operational, and tactical pivot, the transition from two decades of counterinsurgency operations is daunting. To be sure, there is still work to be done. Not only does the service need to prepare for a form of conflict radically different from recent wars, but change must also be rapid enough to keep pace with the changing character of warfare—and the growing capabilities of our potential adversaries. Great power competitors like China and Russia are undertaking efforts to modernize their militaries for increasingly complex battlefields. They are engaging in irregular tactics using proxy forces, seeking advantage in the information environment and cyber domain, and advancing technologies for contested environments like dense urban terrain.

Those of us who have the opportunity to serve as leaders in the Army must recognize the reality of the situation, and constantly reinforce the need to make an intellectual break with past experiences. We must solidify the hard-earned lessons of our recent past in doctrine and lessons-learned repositories so that they are not lost. But, we must also evolve, build upon, or sometimes even discard practices that are not designed for a peer conflict. As an example, we are still finding some Army training scenarios that include proxy militias as the opposing force, or include events like key leader engagements with local leaders or pursuits of a single fighter with an RPG or AK-47 through a small village.

The forces we present to our soldiers and units in training, education, and leader development events must be based on real-world, peer enemy threats. Scenarios, historical vignettes, reading lists, and training environments need to be oriented toward the future fight. Our mental and physical preparations must match our equipment and technology modernizations. We must cognitively get east of the Vistula and north of the Han, ready for the potential for large-scale, conventional war in Eastern Europe or the Pacific region. The responsibility lies with leaders who spent many of their formative years engaged in the post-9/11 wars in Iraq and Afghanistan to steer junior soldiers and leaders toward something deeply different, and prepare them for the requirements of large-scale combat operations.

Major General Patrick J. Donahoe is the commanding general of the US Army Maneuver Center of Excellence at Fort Benning, Georgia.

John Spencer is the chair of urban warfare studies with the Modern War Institute at West Point.

The views expressed are those of the authors and do not reflect the official position of the United States Military Academy, Department of the Army, or Department of Defense. 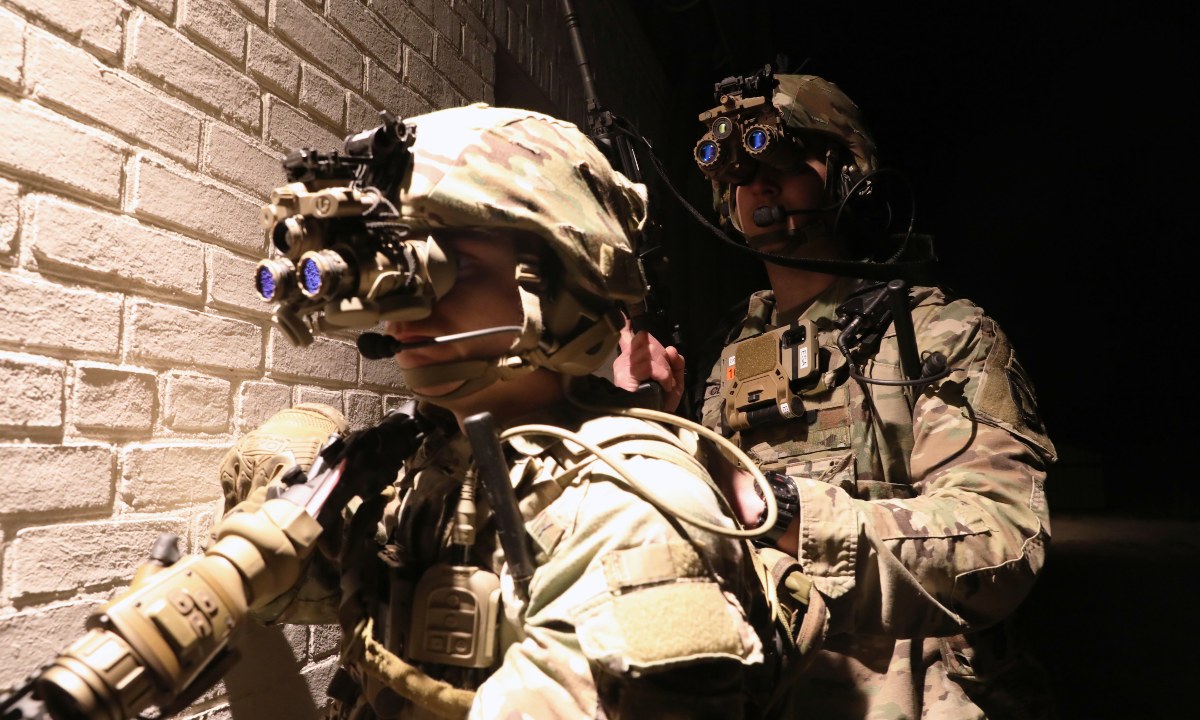